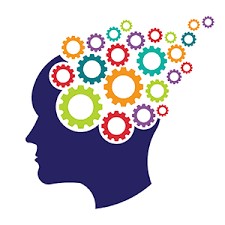 The symptoms can be stronger if the threat is perceived to be a greater danger. However, after the stress has ended, the body releases additional hormones that return everything to normal over a short period of time. Even for those who experience chronic stress, it is possible to return the body’s response to normal once the stressor is resolved.

In a person who is experiencing a normal stress response, the hormones involved also have a powerful effect on the brain. According to information from Harvard Medical School, this corresponds with the physical response to heighten the person’s awareness and increase reaction time when it may be critical. The person may experience the following psychological symptoms in response to normal stress:

For the person with PTSD, the emotional and cognitive response is heightened compared to that of a person who does not have PTSD. In fact, the individual with PTSD maintains many of the psychological symptoms of stress chronically, even when there is no stressor around. For example, a person with PTSD may have heightened anxiety and hyper-attentiveness even in a benign situation, like going out to dinner.

In addition, people with PTSD have psychological symptoms that those who don’t have it don’t generally experience, including: